This would be the Touchpad Story who turned the HP to become as a bestseller as the apple gadget.....

The dream of the rich HP was to compete in the tablet world, and as HP felt that her new product should come to life to continue being number 1 hardware seller, she called her only tablet to her bedside and said, "Dear pad, be good and pious, and then the good God will always protect you, and I will look down on you from heaven and be near you."

Thereupon she blessed the pad and send it to every retail store. Every day the maiden went out to stand on the desk, and wept, and she remained pious and good. When mid summer came the Touchpad remained in the same place...

The TouchPad was not alone in the Desk, She had two sisters, ipad2 and galaxy tab 10.1, who were beautiful and fair of face, and expensive as the tochpad. Now began a bad time for the poor step-child. "Is the stupid goose to sit in the parlor with us," they said. "He who wants to eat bread must earn it. Out with the kitchen-wench." Customers passed by and although notice that touchpad were there, ...they size and the materials were not as nice as the sisters..

"Just look at the proud princess, how decked out she is," they cried, and laughed, and led her into the dark side of the desk. There she had to do hard work from morning till night, get up before daybreak to warmup, light the colors up, surf and run the marvelous webOS. Besides this, the sisters did her every imaginable injury . In the evening when she had worked till she was weary she had no where to go to, but had to sleep on the top of the shelf as the warehouse was packed of unsell touchpads. And as on that shelf she always looked dusty and dirty, they called her Cinderella.

It happened that the store owner was once going to the fair, and checked how the touchpad could be sold, ..at least one of them...

"Beautiful user experience and speed," is what he thought about the Ipad2, "open software, thin body, and precious future" saw on the Galaxy

So he still thought about the beauty of the iPad and the body and camera of the Galaxy, ..and for you Touchpad, ..now you are cheaper!!. Cinderella thanked him, went to her HP and settled the discount idea, and wept so much that the tears that fell down on made HP to reduce the price in all the touchpad, in all the retail stores.

It happened that the HP king gave orders for a festival which was to last three days (a weekend), and to which all the beautiful thick touch pads in the country were invited, in order that the customer could have a cheaper device (400 for 16gb and 500 for 32gb). When the two tablet-sisters heard that they too were to appear among cheepers tablets, they were worried but also delighted about the competition, called Cinderella and said, "better include more software in the webOS store, brush ur screen and be watching our better sped, for we are going to become the best sellers even in the king's palace."

Cinderella obeyed, but wept, because she too will go with them to the dance...

"You go, Cinderella, covered in dust and dirt as you are, and would go to the festival. You have no Skype or shazam, and yet would dance." As, however, Cinderella went on asking, the HP said at last, "I have ready the webOs store and the 3.0.2 SDK, ..if developers build more than 400000 as for iPad or 250000 as for android, ...then you may become the queen of the festival"

...poor cinderella, not a good multitasking OS and the new price could make her compete with her hots tablet sisters....

...HP couldn't compete with Apple and Samsung??, ..it was time for quitting??. ...Yes, that was the decision but not with a final surprise!!. The price was not reduce by 100 this time, ...but that was 100. No more dust, no more working to continuously show that the bulky plastic dress and the thicker figure could look sexy!!. Cinderella became cheap??, ..YES, but also became HOT???.

5 times less the price of the sisters. You could always install android in the TouchPad (you can do it in a nook (a cousin of the tablets), why not in touchpad??....., actually webOS is cool, nice user experience as the IOS!!. OK OK, not all the applications available for it, ...but why do you need 400000 apps???. Do you have space and time for all of them???

Yes Cinderella turned into the Pricenss, the supermodel go the Festival!!!. And "Colorin, Colorado, this story has ended!!" 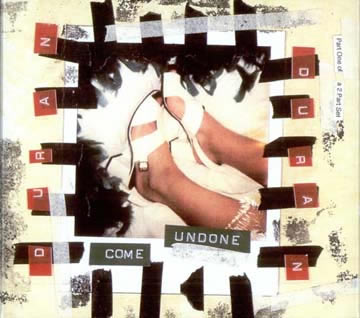 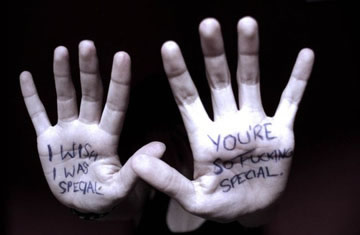